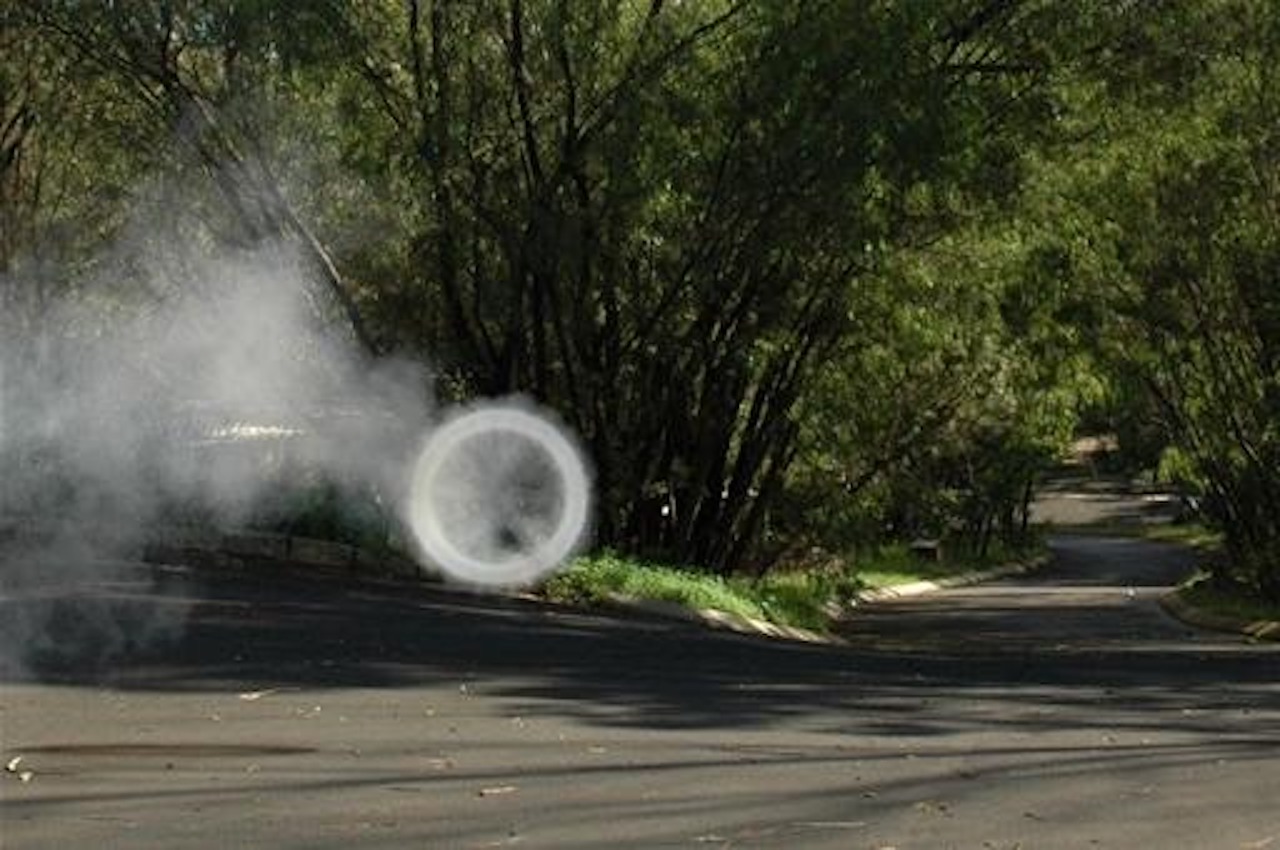 Art on the facade –  on show at Schipluidenlaan, nr 12F (Broedplaats Lely)
For Welcome Stranger, Minne Kersten installed an air conditioning unit on the facade of her house in Amsterdam Nieuw-West. Instead of functioning as its original intention of cooling the indoor air, the object is blowing smoke rings into the outdoor air. These are visible as circular puffs and seen traveling up to the sky, to eventually evaporate into thin air.

Ventilators and airco
Ventilations and airco-units have appeared in her work before, as props in her films and as sculptural elements in installations. They interest her as connections between separate spaces in architecture, able to travel both in- and outdoors. It makes you think about how air is circulating, flowing between borders that bodies are restricted to. In her work, she often invites an estranged element into a familiar environment, to suggest another storyline. Since air-conditioning units go almost unnoticed in the urban landscape, they are a perfect starting point for Minne Kersten to imagine a fictional alternative.

Smoke rings
Smoke rings are a common trope in movies. When it’s time to relax, a smoker will take out their cigarette, pipe or cigar and enjoy some quiet contemplation. And one fun thing to do when you’re puffing away is to blow smoke rings, i.e. visible vortex rings of smoke. Especially in cartoons, smoke rings can take on more fantastical shapes. This has a strong reference to the blue smoking caterpillar in Lewis Carol’s Alice in Wonderland. His words are visualized as exhalations of smoke, taking all sorts of shapes. The caterpillar is somewhat the embodiment of miscommunication. His language comes out in syllables that evaporate quickly and do not follow a sensical logic. When he speaks to Alice, the world of meaning evaporates, leaving her confused. Images don’t coincide with the words, and words don’t mean what we think they do. 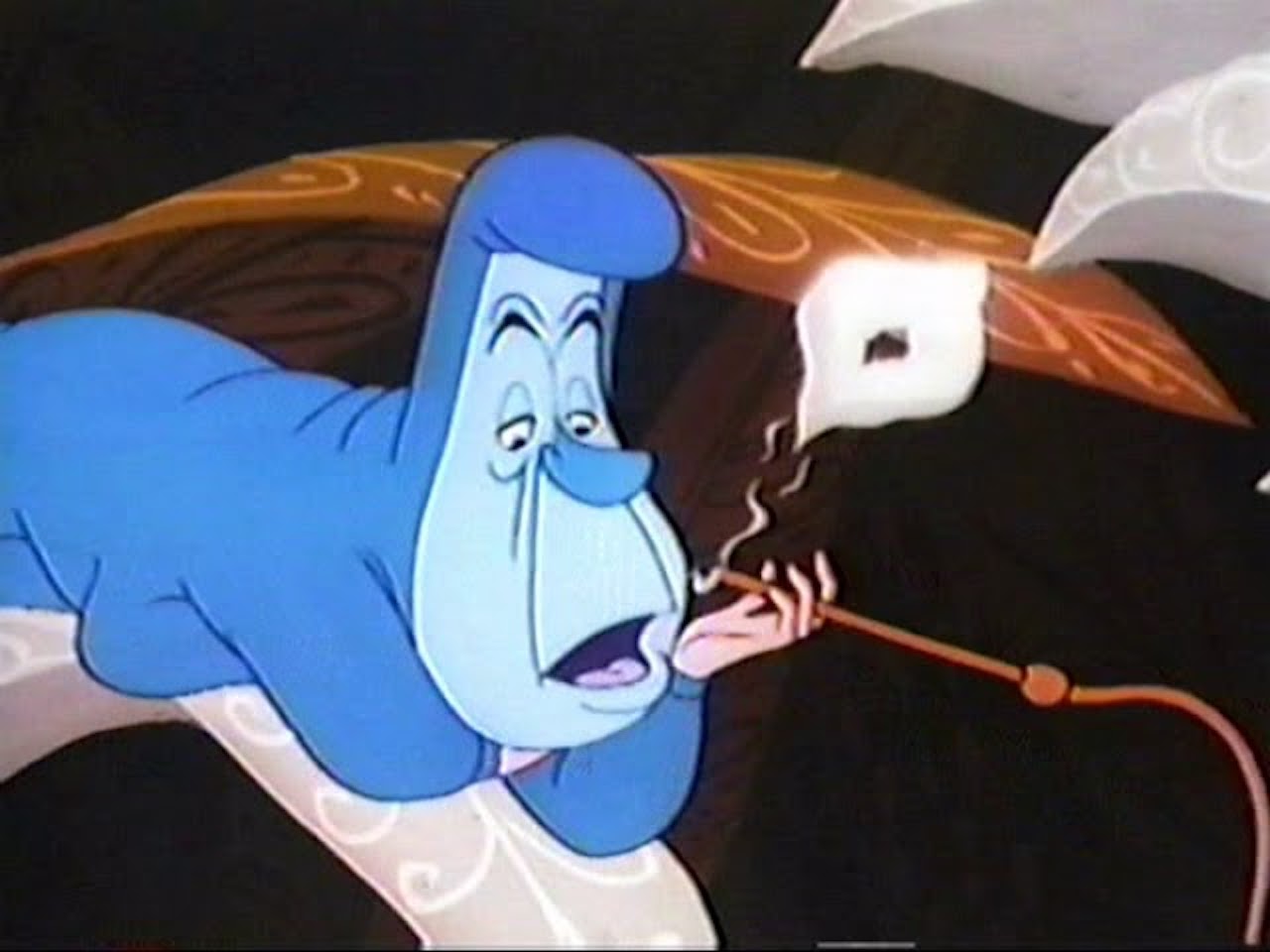 Unpredictability in the work process
‘I am often drawn to work with uncontrollable factors (e.g. ephemeral materials, animal actors, unstable circumstances). I connect it to this idea that there is an archive of knowledge in non-human witnesses, whether it be architectural spaces, other species or ephemeral elements. I seek out how to access this and how to create a platform for this in my work.

I also enjoy allowing a certain degree of chaos and unpredictability into my working process. It can sometimes be a painstaking choice to work with, but it is closely linked to the themes my work deals with, like chaos and lack of control. I guess there’s a vulnerability in that as well, in allowing things to decay, to evaporate and to live a life of their own. It might also be coming to terms with the fact that nothing is permanent. 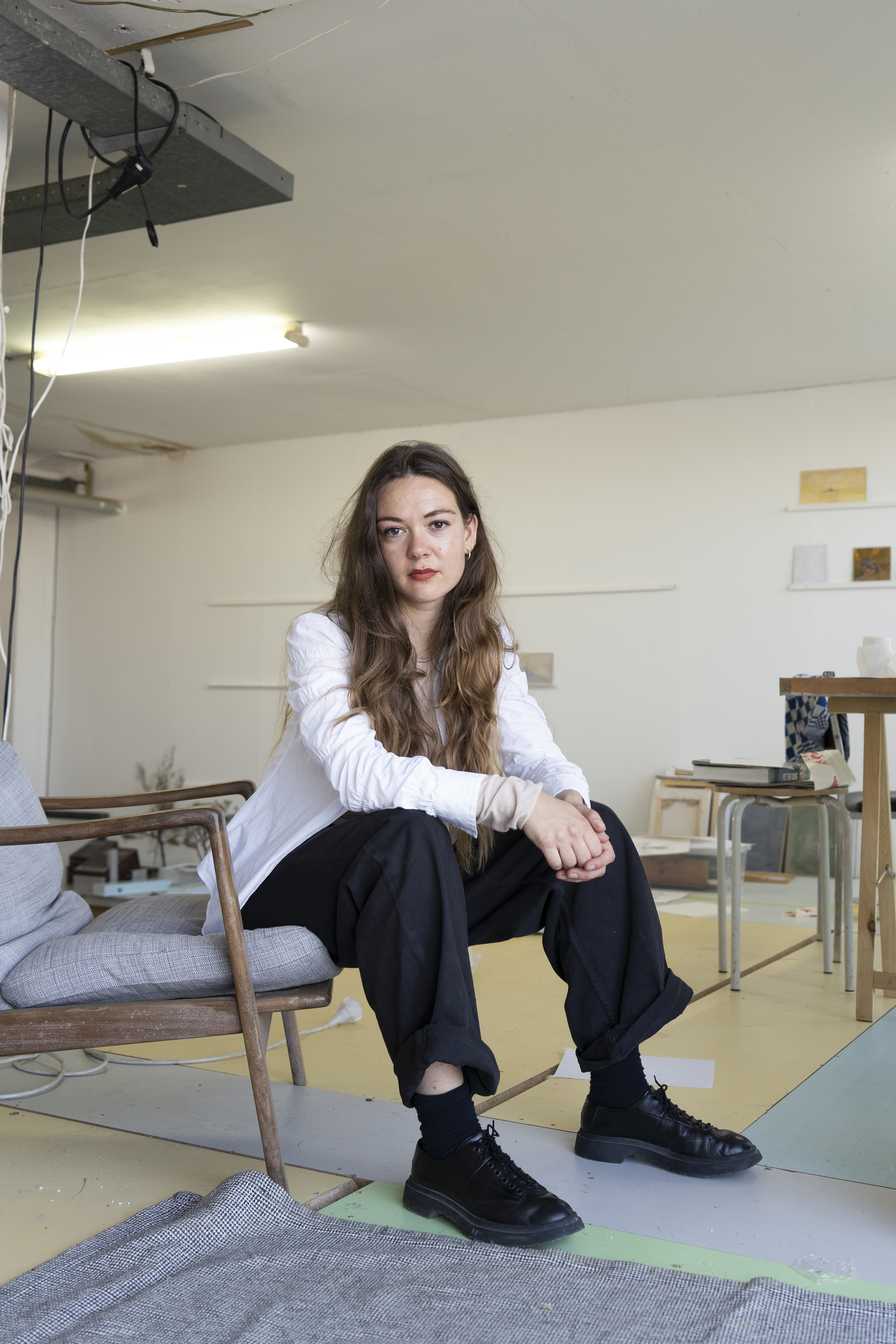 About Minne Kersten
Minne Kersten (b. 1993, Utrecht, NL) lives and works in Amsterdam. She was a participant at De Ateliers from 2018-2020 and graduated from de Gerrit Rietveld Academie in 2016, where she hold a BFA at the Image & Language department. In 2017 she was selected for the Slow Writing Lab by the Dutch Foundation for Literature. Recent exhibitions include: Annet Gelink Gallery, Amsterdam (NL), HISK exhibition space, Brussel (BE), Haus Wien, Vienna (AT), Hotel Maria Kapel, Hoorn (NL), De Ateliers, Amsterdam (NL). Later in 2022 she will exhibit at the Jeune Création Internationale (16th Biennale Lyon), Institute of Contemporary Art, Villeurbanne, (FR), the Living Art Museum, Reykjavík (IS) and the Bonnefanten Museum, Maastricht (NL).

About Welcome Stranger
Welcome Stranger has organized several manifestations and projects, beginning in the 1990’s. The initial manifestations were intended as a comment on the official art circuit - not from recalcitrance or idealism, but to seek reflection. Instead of a preconceived subject, motto or motif, the focus was simply on the discoveries that naturally arose from the situation: a house in the city, and with that the interaction between private space and public space, publicness and privacy. As the relevance of these and their related issues only grows, think of surveillance techniques and online privacy. Also notions of hospitality, being a stranger and belonging to a place have taken on new social and political significance. Welcome Stranger continues to explore them unabated, creating space for dialogue between artists and opportunities to show art in unexpected places.
Welcome Stranger led a dormant existing for a long time and has, since 2017, been given a new impulse by Marianna van der Zwaag.

production artwork: Anything is Possible