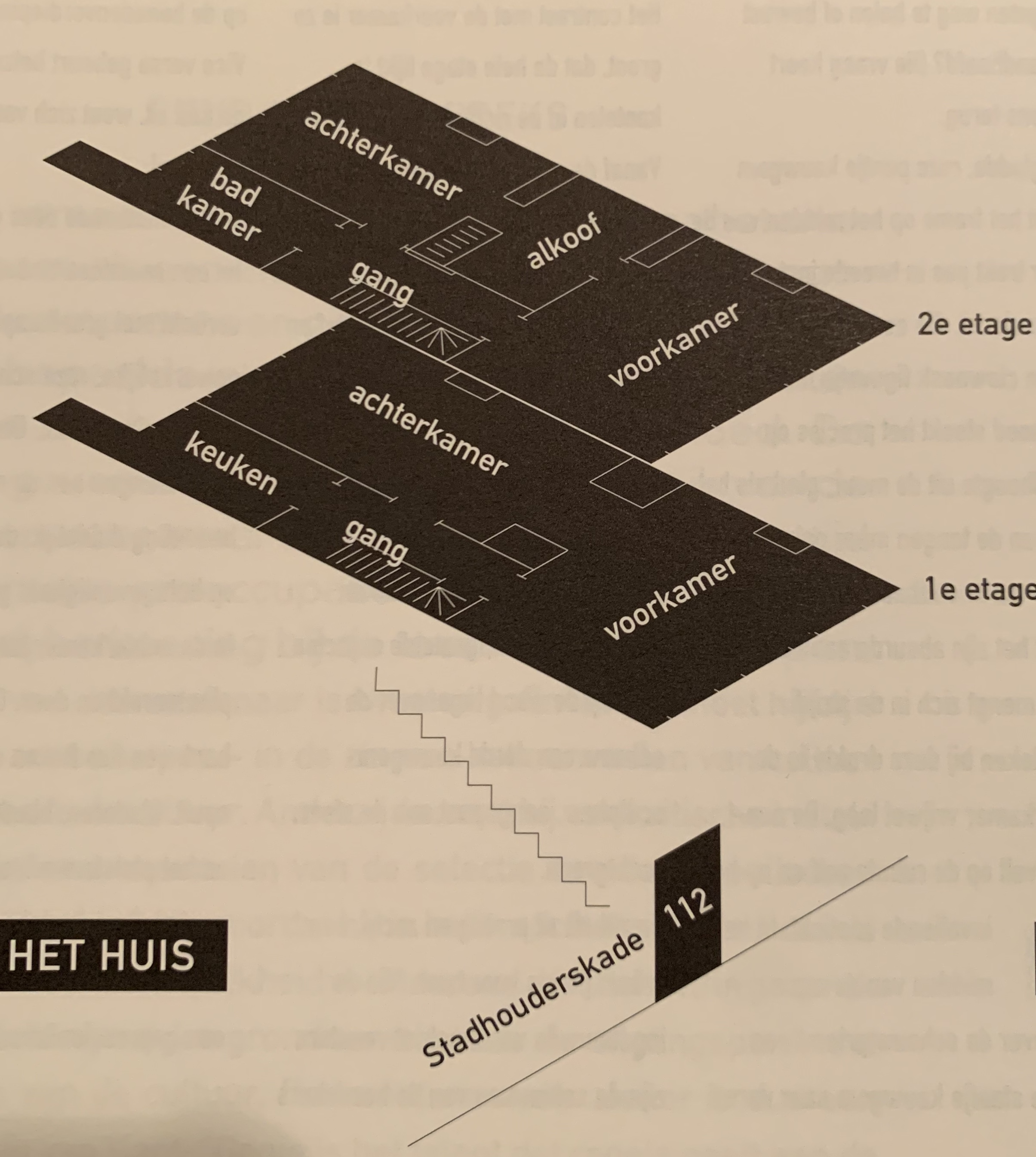 After three previous visits, Stadhouderskade 112 is so well known that the impression of entering a private space has virtually disappeared. The worn, grey tarpaulin of the upper landing has been replaced by neat blue linoleum. Immediately a text stands out that has been placed on the gangway wall in a sturdy handpod: "We have decided to do what we want".

Ken Zeph is sitting in the front room. On an office chair behind a table with paperwork, a telephone and a small TV, he looks like a gallery owner and resident at the same time. In front of the windows hang white curtains. Something of the intimacy of living seems to return, but the back room is empty and art still contains furniture. Where is the work of the fourth group?

Presentation finished, explains Zeph. The artists have returned the house to its occupants. He himself is here to provide visitors with text and explanation.

On the second floor, a single intervention refers to what took place. The front room is empty, but the door to the in-between room - so far always open - is closed. On entering, a brand-new drinker snares ominously.

The door to the back room is closed as well, a padlock dangling from the doorpost and the gap under the door is covered with a piece of upright plywood. Apparently this is the school behind something that was not allowed to be seen. The two closed doors turn the alcove into an oppressive and awfully small cage.   Again the moaning of a drinker. The back room turns out to be empty except for three fittings hanging from long wires on the ceiling.   Diffuse light falls through the whitewashed windows, gray soft vinyl lies on the floor. The room seems completely closed off from the outside world. What took place here?

Downstairs is documentation. Photos and slides of the removed presentation plus texts from the artists: a fax from Paul Perry, two handwritten letters from Mark Manders, a typed list of wishes and the letter in which the group declares its presentation finished. Ken Zeph provides additional information. The texts hung on the walls of the various rooms. In the back room upstairs there was a lizard half a metre long running loose under three heat lamps. The idea was that visitors could confront the beast one by one. After three days it was -with stress symptoms, according to Zeph- transferred to a reptile centre.

All his beast and group left, the information present does give a follow-up. On a cassette tape with recordings made by the VPRO radio the voices of Manders and Robbé can be heard: "We were also strange species to each other, so we had to get to know each other. You can't make one thing that the four of you support. That's why we decided to do what we want.