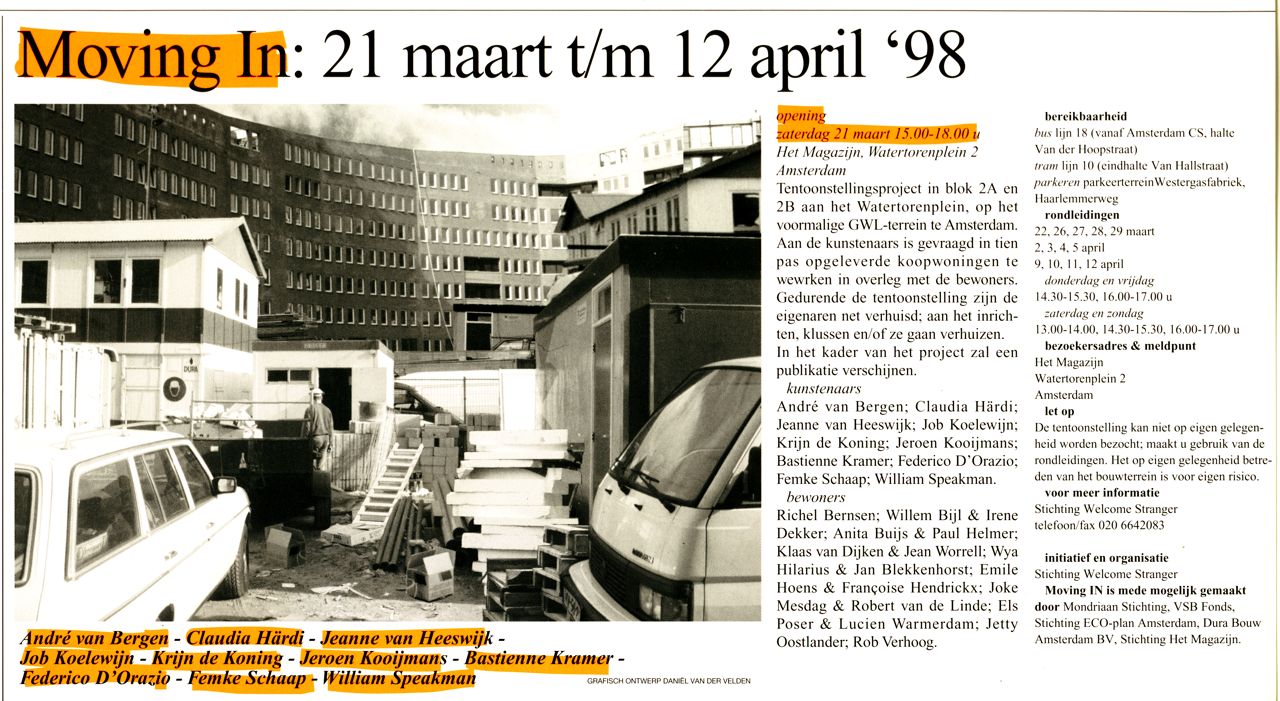 The Moving In project took place in the Eco-neighbourhood in Amsterdam from 21 March to 12 April 1998. The starting point here was that artists would work in and around eight newly completed houses in relation to the residents.

The residents of the flats of two residential blocks on the former GWL site, now Eco-neighbourhood, were asked by letter to participate in the project. Ten of them turned out to be willing to open up their owner-occupied homes to the project. During the exhibition they have just moved in, or are still in the process of furnishing and decorating. The project coincides with the completion of the residential blocks. The artists were asked to work in the houses. It was up to them and the residents where and in which flats they operated. Nevertheless, all the artists worked in a place that was changeable - if not hectic, but also recognisable, basic and concrete - where living is concerned, making a place your own.

Themes such as identity and identification were therefore part of the project on two levels; from the perspective of the resident and of the artist. After all, both in the flats and in the blocks of flats were strangers. Both explored the space in order to shape it according to their own wishes; to give it an identity.
Moving In created a high-risk situation based on goodwill, but also a framework for the meeting, consultation and collaboration. This framework has been filled in by the course of the project. As a result of the set-up, a more layered meaning structure was also incorporated into the project. In this way, the lives of anonymous private individuals were made known. The project also gave shape to the views that prevailed in art at the time: the desire to work transgressively; the importance of putting official art spaces into perspective; the desire to make the work of art coincide with the everyday; to place the work of art in the 'working world' and let it merge into it.

On the other hand, the project functioned as a test of this. In the project, art and reality mixed up in such a way that a number of issues came to the fore. The artists' contributions lay on a route that was followed by the public in guided tours. 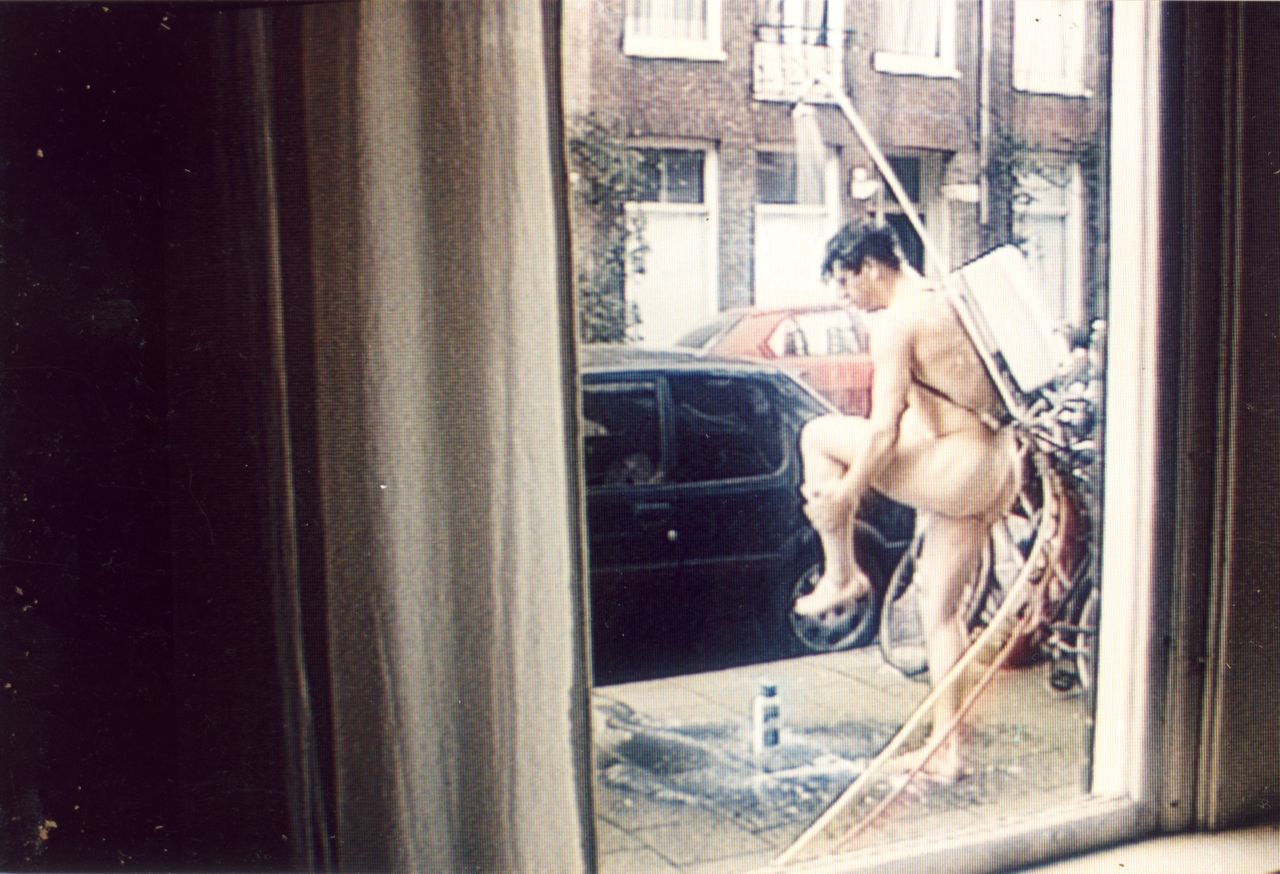 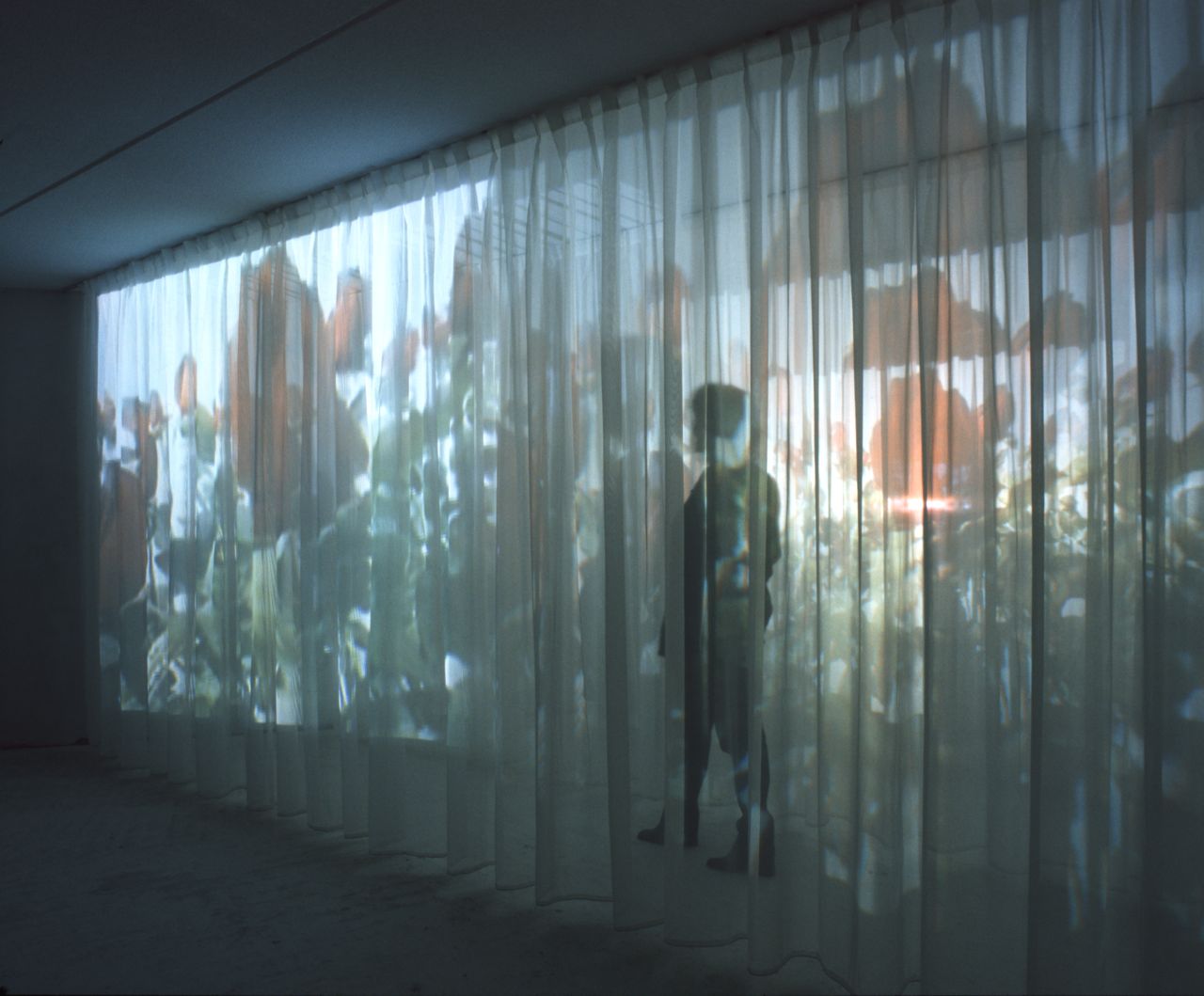