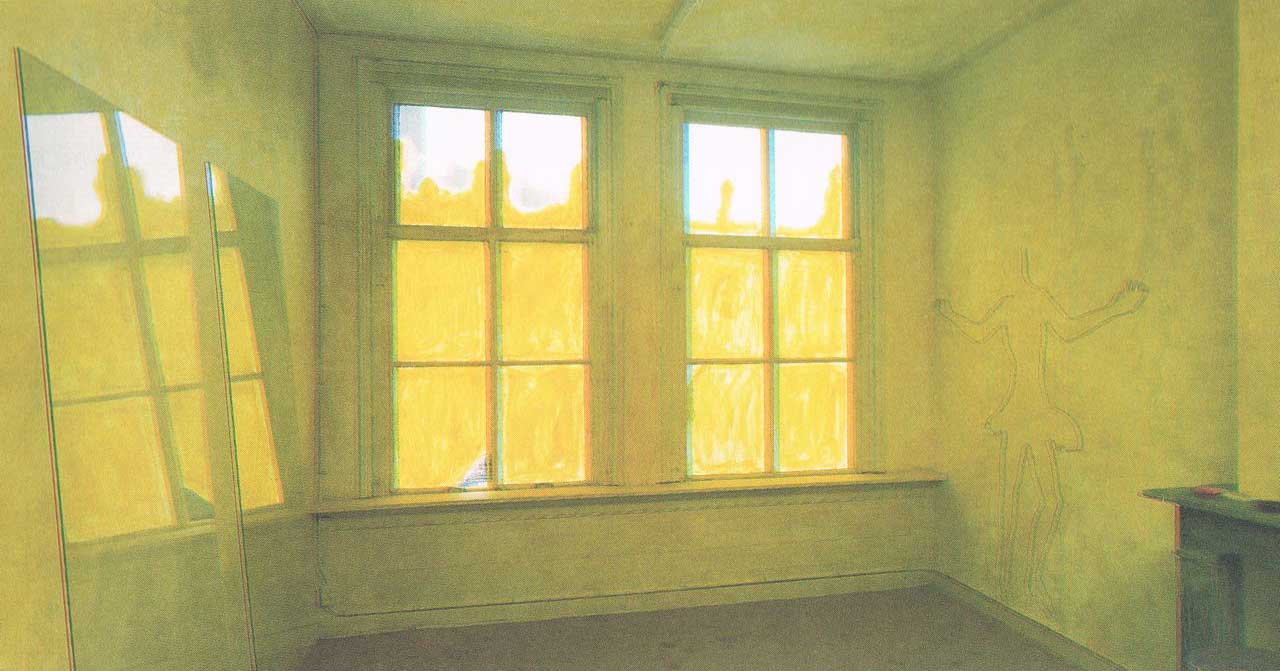 One of the great Western ideas that has been exposed to criticism recently is that one of the subject. Nietzsche, Deleuze, Foucault have questioned the idea of man as a thinking and much defining subject. The development of the mass media and the simultaneity it implies make it difficult to distinguish authors. In the computer networks the information circulates freely and anonymously and is constantly modified by the (its) users. In networks, the traditional parameters of an (the) information flow no longer apply: there is no linear development, no individual author, no overview. This discussion is given weight above all by the linking of authorship to the subject, which is what I consider to be essential in his words. Heidegger argues in favour of the ancient Greek idea of the subjectum as a junction of experiences, as the place where something occurs. My experiences do not belong to me; they happen within me.

Christiaan Bastiaans, Rob Birza, Maarten de Reus and Berend Strik did not start with a discussion about the future exhibition, but with a discussion about the collaboration itself. They fairly quickly rejected the traditional ideas about cooperation, namely as a division of labour, as in a group exhibition, or as a collective, as in making a joint work. They were looking for a form of communality in which the voices of the others were constantly changing at the hands of their own interpretation. They organized a conversation in which the ideas did not become the subject of criticism, but in which they circulated between the participants. Each of the artists mixed, as it were, the incoming information with their own ideas and suspicions and brought them back into the conversation. It thus became a network. This created a common corpus on which nobody had any ownership. At the same time, the transformations of this commonality were personal and personal signatures were created. Fields of information that circulated freely and were constantly changing as a result of the different contributions. In order to achieve such a cooperation, it was necessary not to start with art and artistic points of view, but to end there. First set up the network, tune in to each other, listen to the others and only then, as a result, create an exhibition. They also consciously started outside art; organized excursions, made music, shared meals and so on.

The direction of thinking was reversed: not from an 'I' thinking, but from a network. This reversal, however, did not only take place in the centrality of the relationship, but also on more artistic grounds in thinking from the within of the house. The house with its associations, memories, energies and fantasies. Thus arose the show room, the energy room, the extended coffee room. Details such as the dancer, the glass plates and the films that reflected the personal input of the artists were kept in these atmospheric spaces. This also created the exhibition space where the 'personal inalienable' was shown and demonstrated and at the same time put into perspective. In this way this exhibition corresponded to a large extent to a philosophical discussion about the end of the subject. 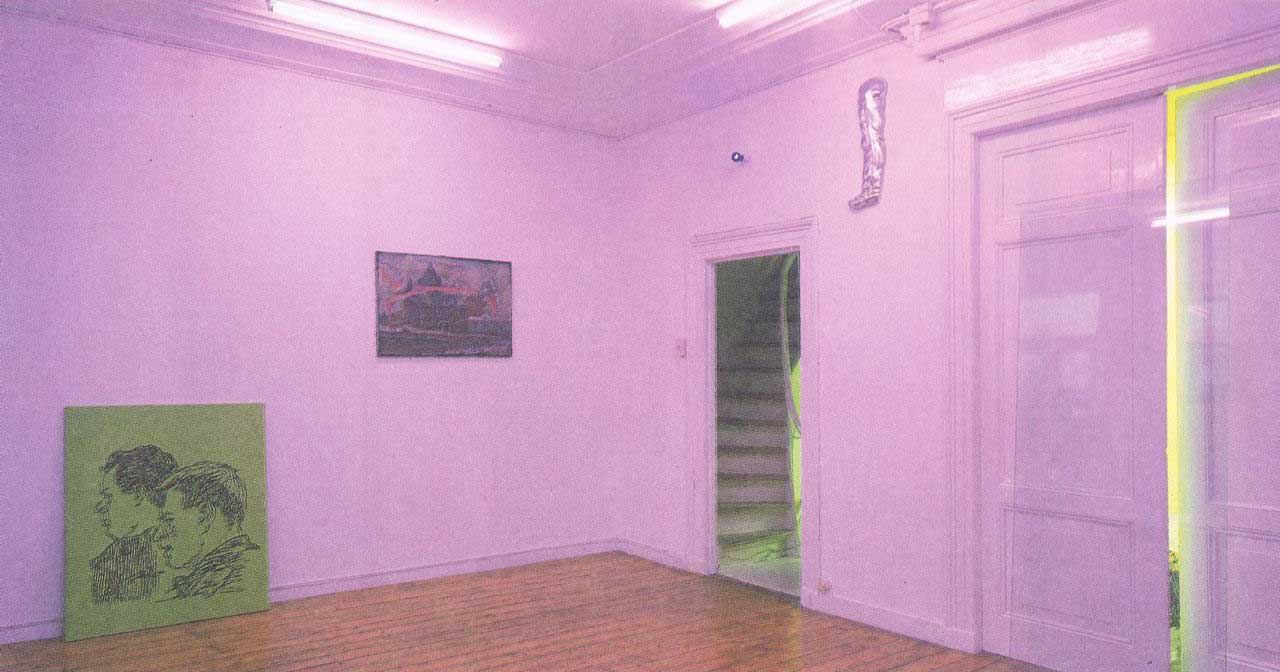 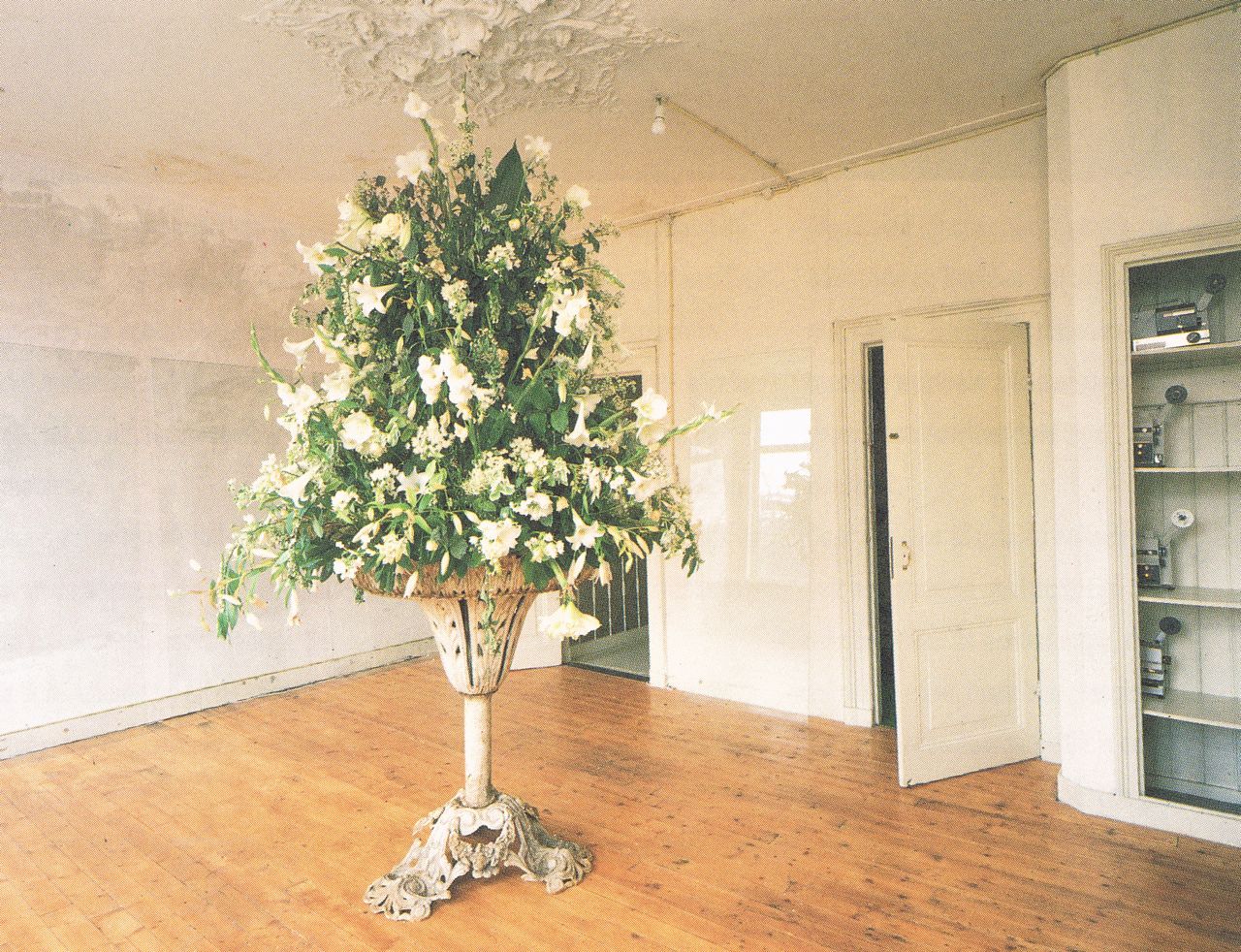 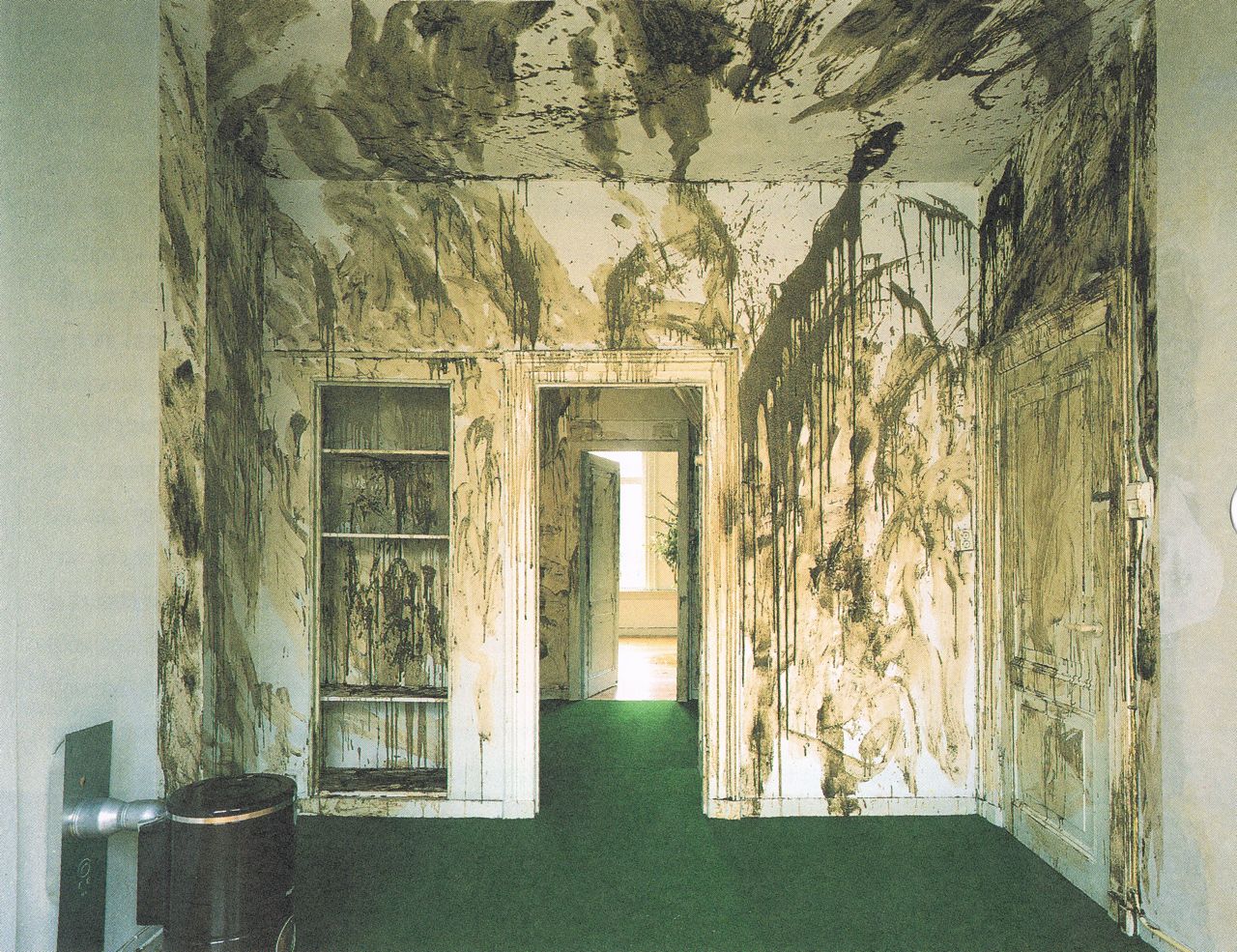