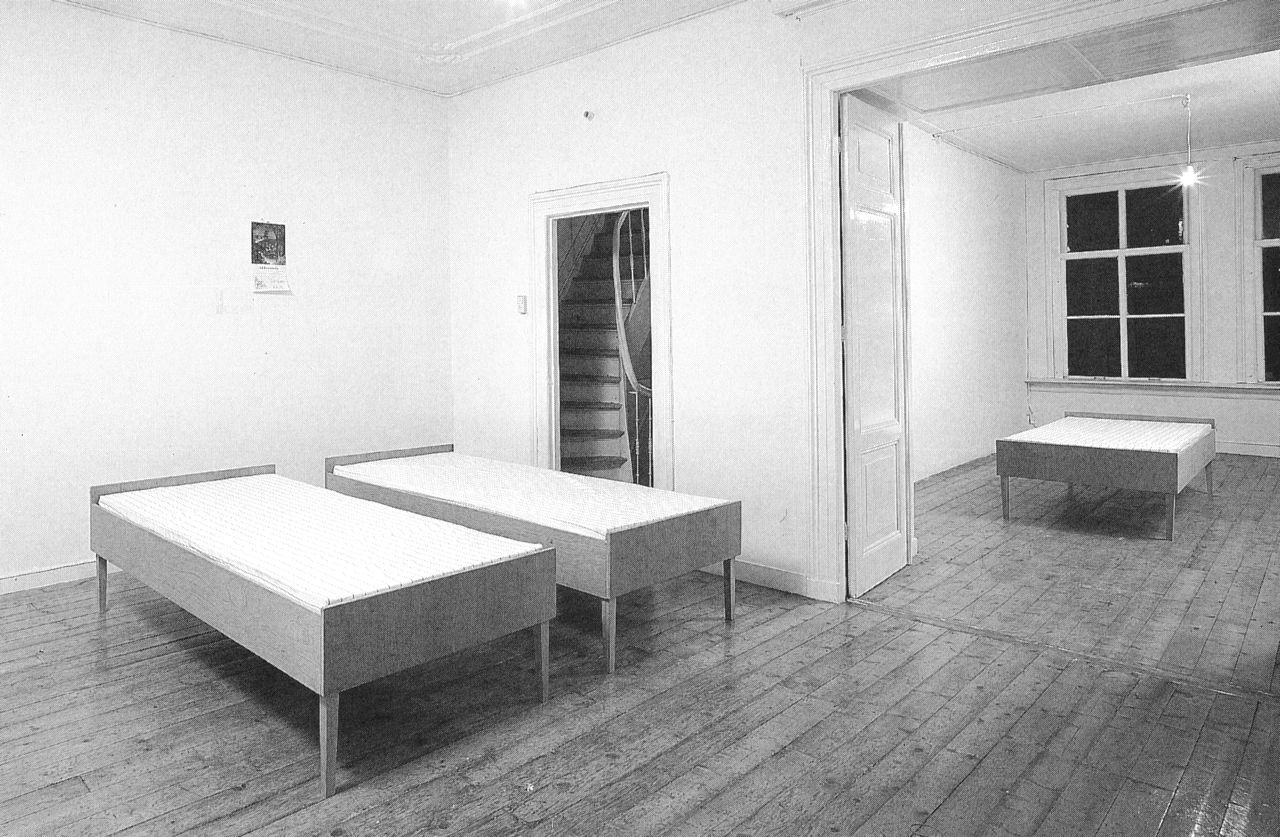 Until the beginning of the last century, only the completed and exhibited work of art received attention. With the historical avant-gardes, attention is shifted to the process that precedes the work of art. One avant-garde that broadened the idea of art beyond the work of art is Surrealism. Surrealism proposed a theory and method focused on thinking. The artwork is the lever by which our thinking can gain insight into the surreal aspects of existence.

In their search for a movable state where the laws of accepted reality, of thinking habits, would no longer have exclusive rights, the Surrealists joined a thinker who has very precisely themed this problem, Henri Bergson. Bergson tried to draw up a philosophy that was based on an immediate experience and did not depend on a conceptual perspective. This immediate experience is the sympathy for an object. Sympathy understood as the ability to coincide with the object, to understand an object from within. The most obvious immediate experience is of course that of ourselves; our awareness of ourselves. In our lives there are no still moments, it is a continuous movement without repetition: an expensive one. For Bergson, this experience of duration is the basis of his conception of time. However, when we imagine time, we think of a measurable time that sees changes in blocks. Our intellect makes rational, static substitutes for a moving reality. Bergson calls this substitution a cinematographic effect. So what we need is to think about movement. This requires a whole new set of concepts and a completely different orientation of thinking.

Art as a process has become a widespread idea. However, culture is still incapable of thinking movement. We always focus on the enduring, on products. Art will have to manifest itself if it is to be called art. The artist will have to present his work. To show that presentation not as an end product, but as a moment in a process, is the big problem artists face.

This tension was one of the starting points in the discussions of the third group. In their collaboration Fortuyn / O'Brien, Hermann Gabler, Jan van der Pavert and Robert Suermondt have searched for a situation, an atmosphere instead of a work. In their view, it was precisely the character of the WelcomeStranger project that provided the perfect opportunity not to lapse into a presentation. By putting an atmosphere or mood first, the production could be circumvented, in the sense that it could only be completed by the viewer or, rather, extended. They were looking for a tension-filled void, which only acquires meaning because the spectator does something with it, fills it with its own meaning. A hotel became the metaphor for this. A hotel room contains a number of basic elements. The guest transforms the room into his room by placing his brought things in the room. When he leaves, he leaves an empty shell for the next user. A hotel without guests is waiting in this sense.

The beds, for example, are intended as elements for a personal interpretation of meanings by the user or spectator, who immediately recognises them as familiar objects. However, the situation in which they are placed and the state in which they are left, bare and empty, are strange. The few differences in details then become important. They ask for an explanation based on the spectator's own expectations rather than being viewed within an art context. The beds are rather a waiting space, a moment in time in a long process. They have also been used and set up by the artists themselves for all kinds of purposes. However, they were exhibited. At the moment of the public presentation they became static, a visual image. The movement, the ability to build systems, to create meanings, was subordinated to the search for fixed, imposed meanings. To think about the movement, to become conscious; is it an impossibility for the viewer? 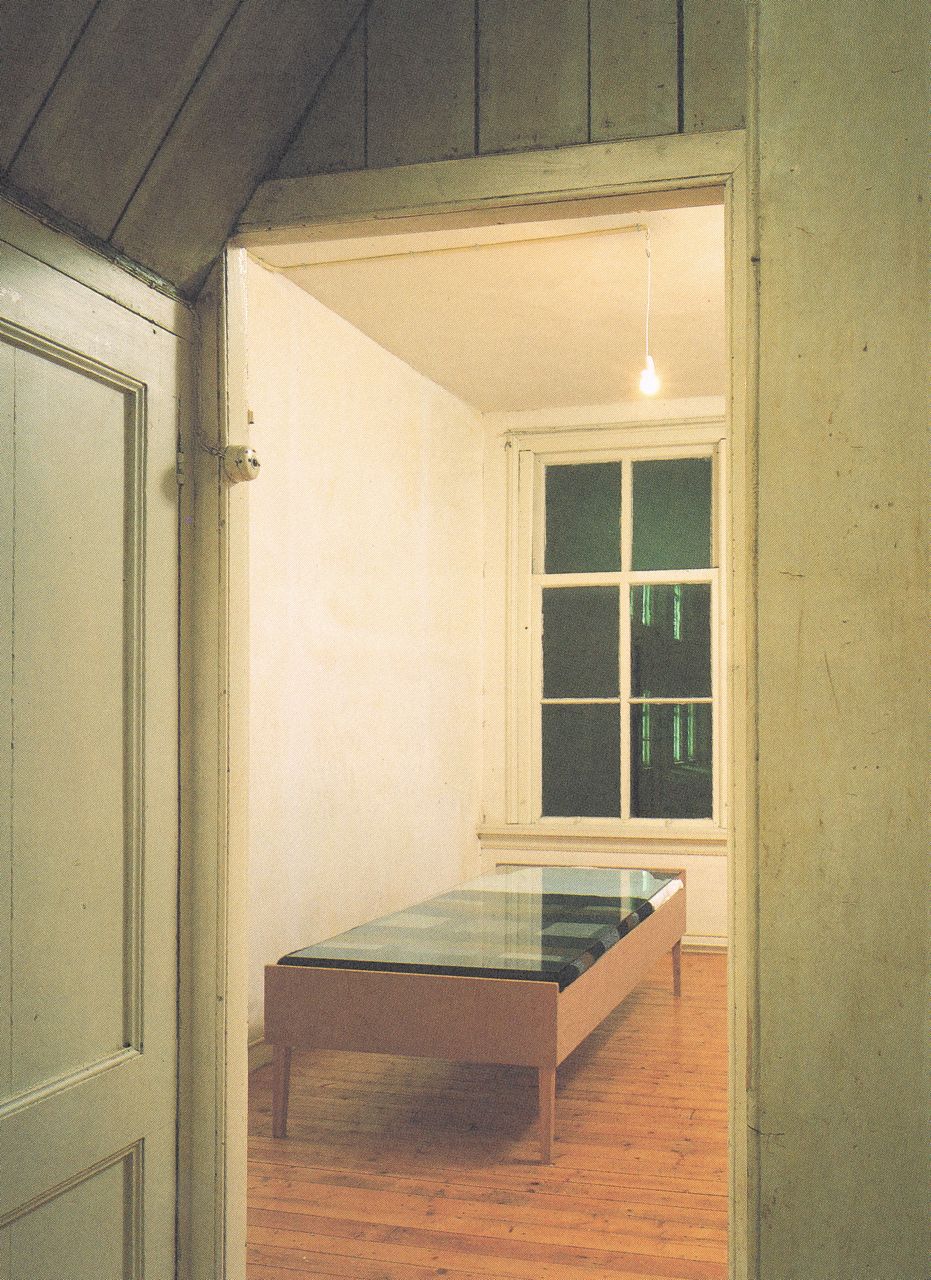 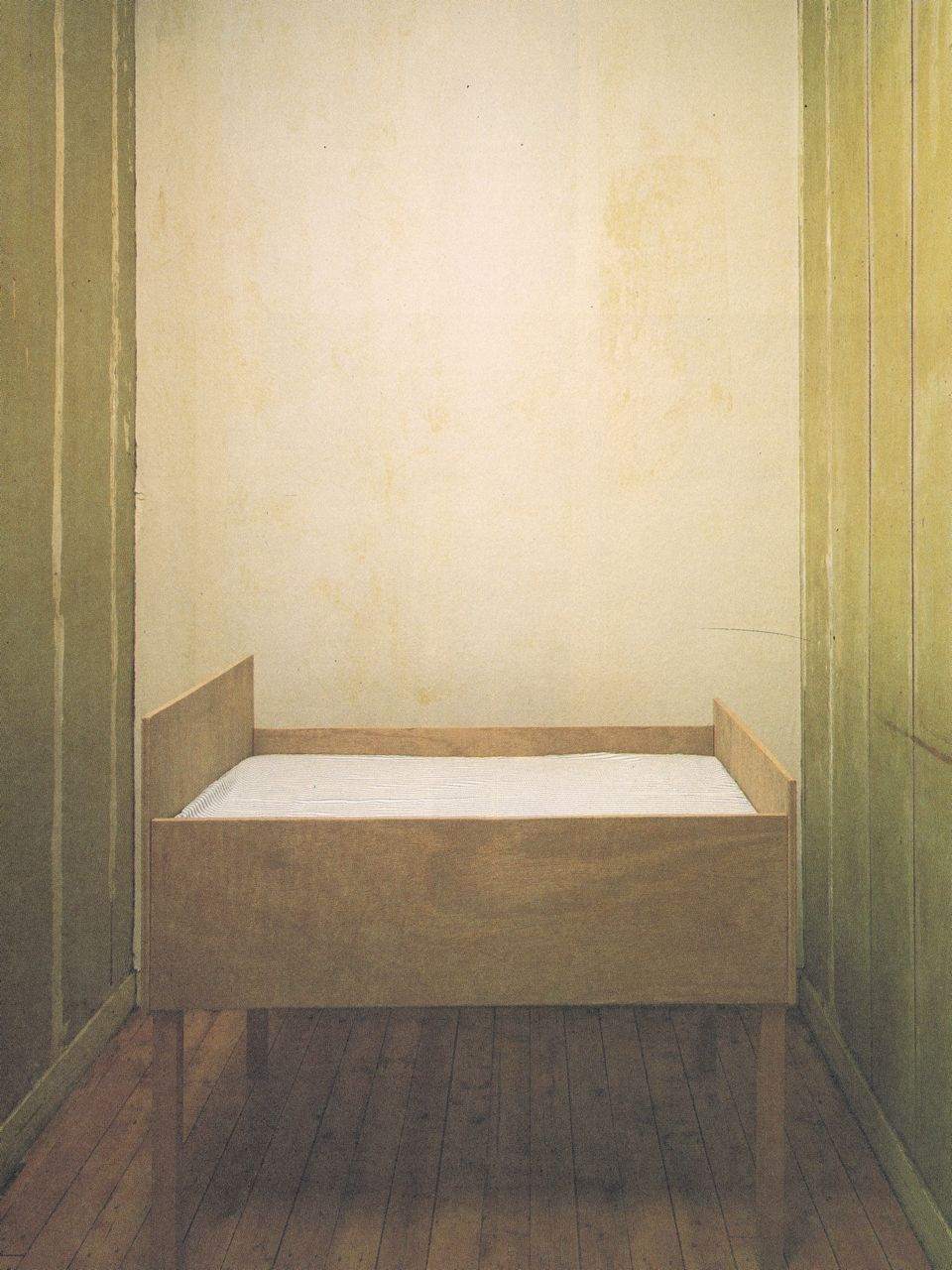