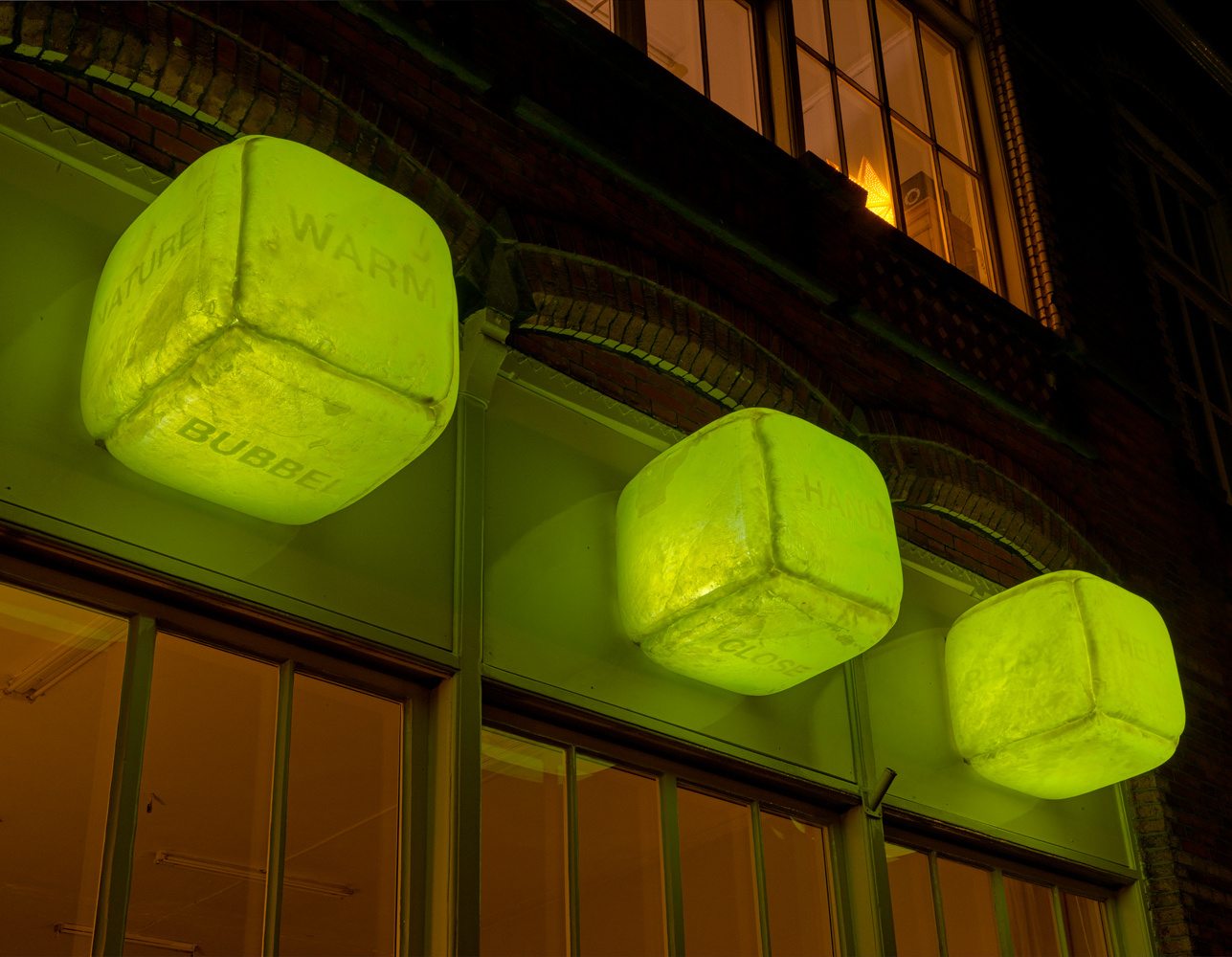 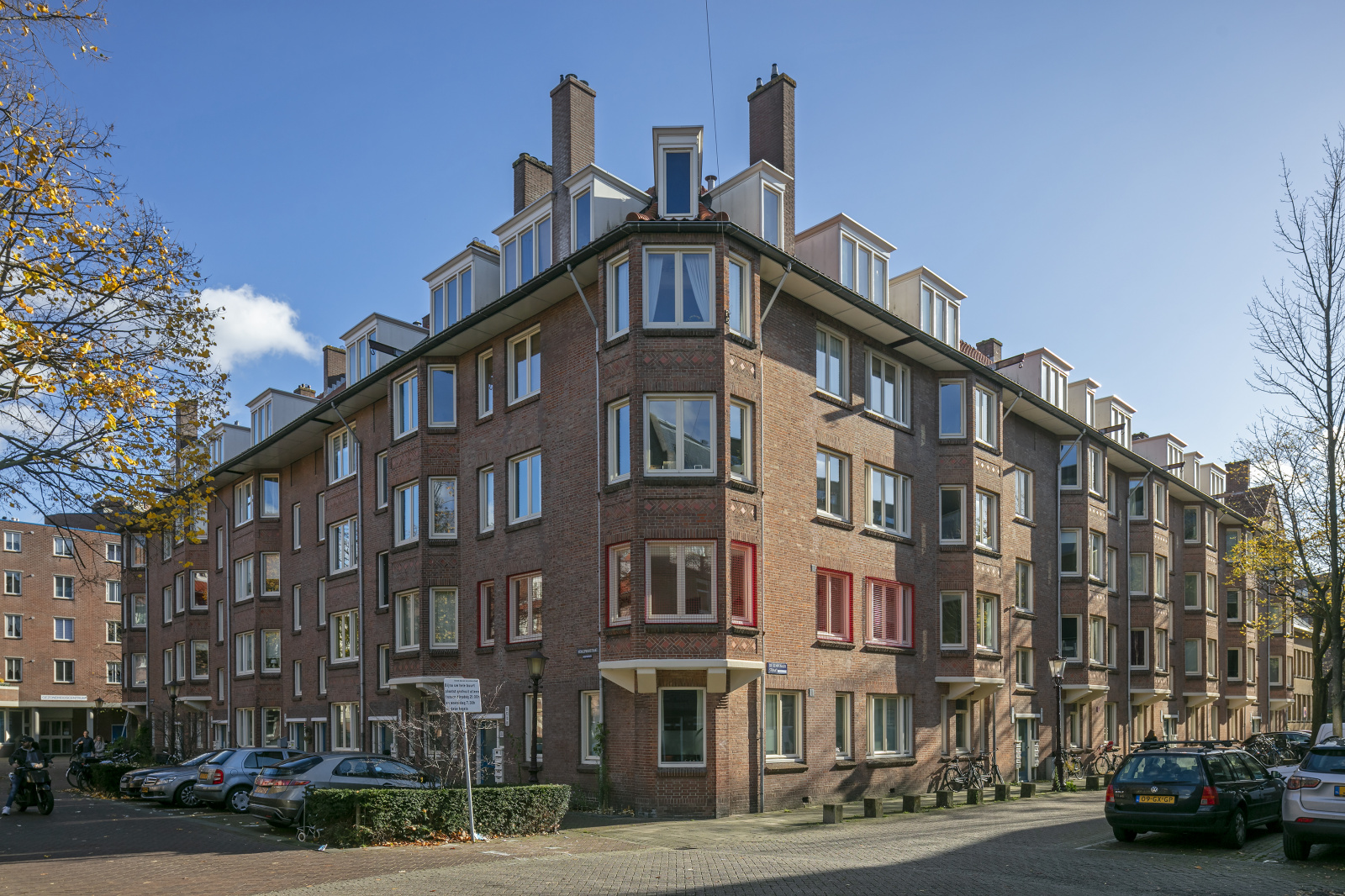 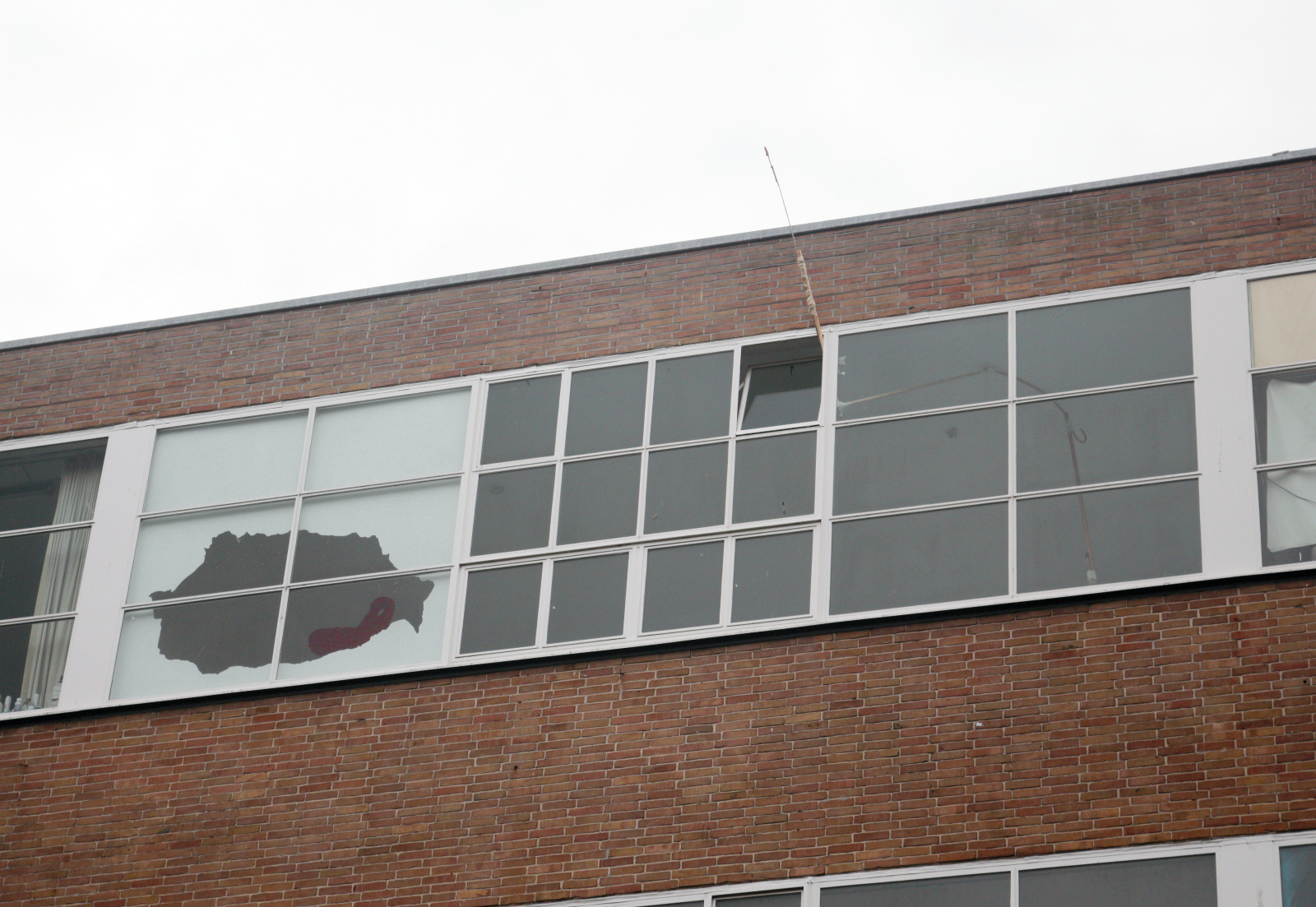 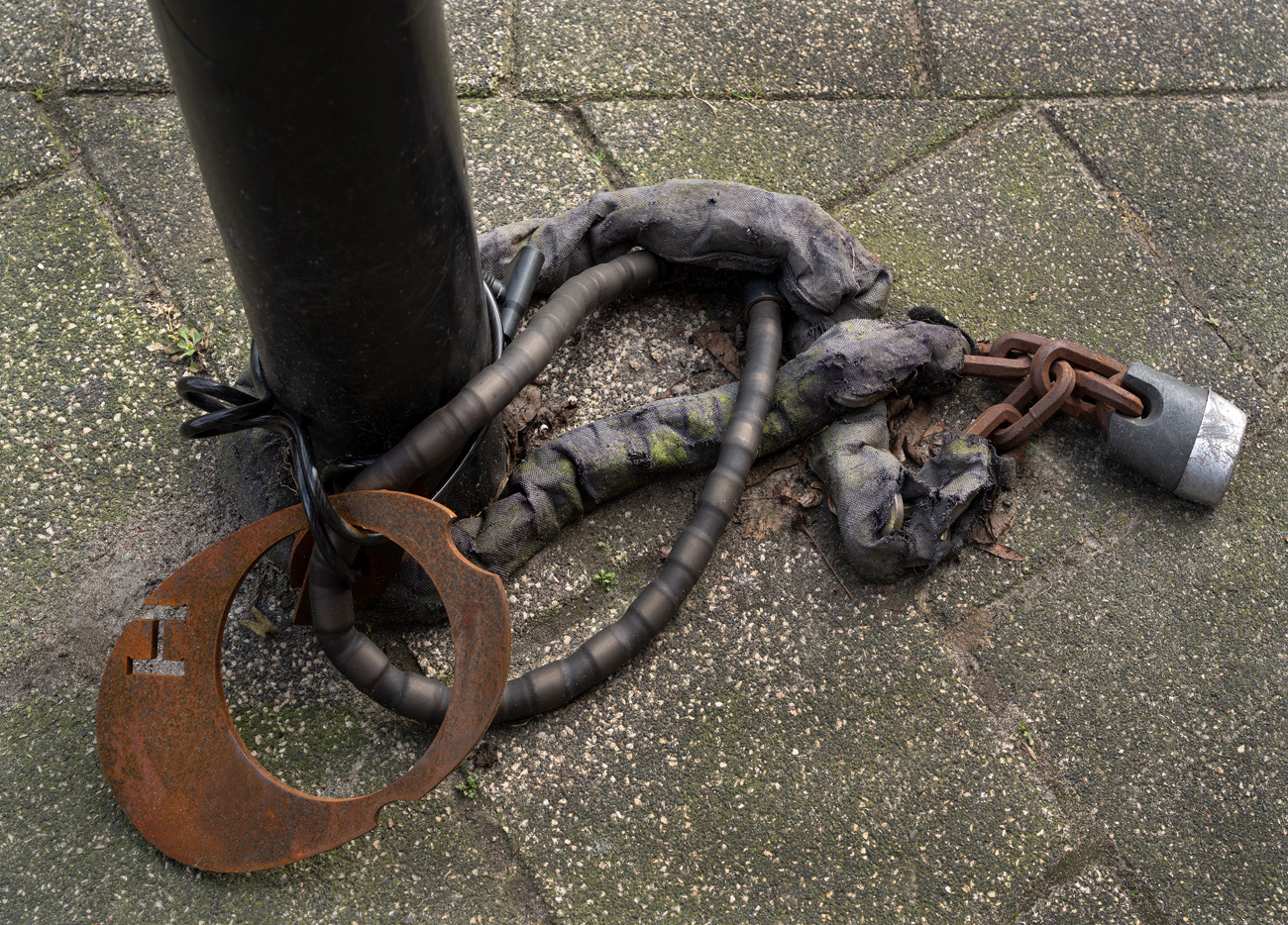 Welcome Stranger asked four artists to make a work of art on the facade of their own house; Lucas Lenglet, Smári Róbertsson, Tim Breukers and Bastienne Kramer. Four new artworks were created, in the Schaepmanstraat, in the Zomerdijkstraat, on Krugerplein and in the 2e Leeghwaterstraat. Click on the links below to see and read more about the individual artworks:

In the first months of 2020, no one was aware of the pandemic disaster that was approaching. While Welcome Stranger after having led a dorment existance for some time was coming back slowly and while a project in Dakar began to unfold, a new manifestation in Amsterdam quickly arose as well.

For Welcome Stranger traditionally always the location, a house in the city, is a starting point and with it the interaction between the private and the public space. Since the pandemic, the focus has temporarily shifted to the outside: the façade of artists' own homes. Home during the pandamic had become even more isolated, on the one hand, an completely merged with the work place in the new working-from-home culture. Thus, the works—out of necessity but at the same time very much in line with previous Welcome Stranger projects—occupied a liminal space: the windows and facades. From the inside, these surfaces functioned as an interface that allows for the distance of contemplation of an individual’s relation to the public realm and from the outside, as a medium of self-representation. Framing the individual as much as the outside world. The artworks were sometimes strange, invasive and uncanny from the inside and from the outside surprising and inaccesible.

At the same time, since there were no visitors just passers-by who could only have a fragmented perception of the works  - only from the outside and never from the inside - the artists sought new entry points as well. Smári Robertssón, for instance, played with the different ways of perceiving his work from the inside and the outside. With the storyline and the songs he made digitally available to the public, the sculpture was accessible in a different way than by stumbling in it from the street. Yet, the entries to the work neither elucidated each other nor did they give a clear and consistent meaning that would neutralise the strangeness of the work.

- Thinking about the private home as a place for art
In one of the many convoluted observations that Walter Benjamin made on the emerging consumerist urban landscape of the ninetheenth cintury Paris, the philosopher famously remarked:

With this emerging devision of the work place and the dwelling place also arose a new kind of fragmentation of the urban space: the spatial seperation of privacy and publicity. As Benjamin goes on, the home became an escapist shelter where the private individual is both keen to keep out his social reality and at the same time realize and represent his personality. Benjamin's infamous collector figure does so exactly by hoarding objects from faraway lands or artworks to his interior and sees his own personality reflected in his collection. Nontheless, his fetish for the collection items diverst things from their internal social relations and labor processes that they are part of and instead bestows upon them traces of his own personality. Thus, the bourgois home occupies a paradoxical position between the private and the public space: it shall be simultaneously an asylium from the public and a representation of the individual to the public. At the same time the social situation of objects - and here Benjamin talks mostly about artworks - is overshadowed in the private home and gives way instead to the expression of the personality. Of this apparent devision of private life and labour gave shape to the modern experience of privacy and publicity, what does art mean if it is exhibited in the private sphere of an artist? How does it relate to the home as an environment that shelters and represents individuality? How does the artwork exhibited in the domestic space relate to practices of exhibiting art in institutions (be they public or commercial)? And how does the domestic space function today as a working environment for artists - potentially also for collaborations that go beyond individual working methods? How is the viewer situated in these locations? These were questions that naturally came up.

At the time, two radio broadcasts were also made that you can listen to: 'the house as material' and 'poking through the window'. They go into the motivations behind this initiative and the work of some of the artists participating in the series in 2020.

The revival of Welcome Stranger today might testify the need for such experiments, especially in times when the notions of hospitality, being a stranger and belonging to a place have gained new social and political significance. 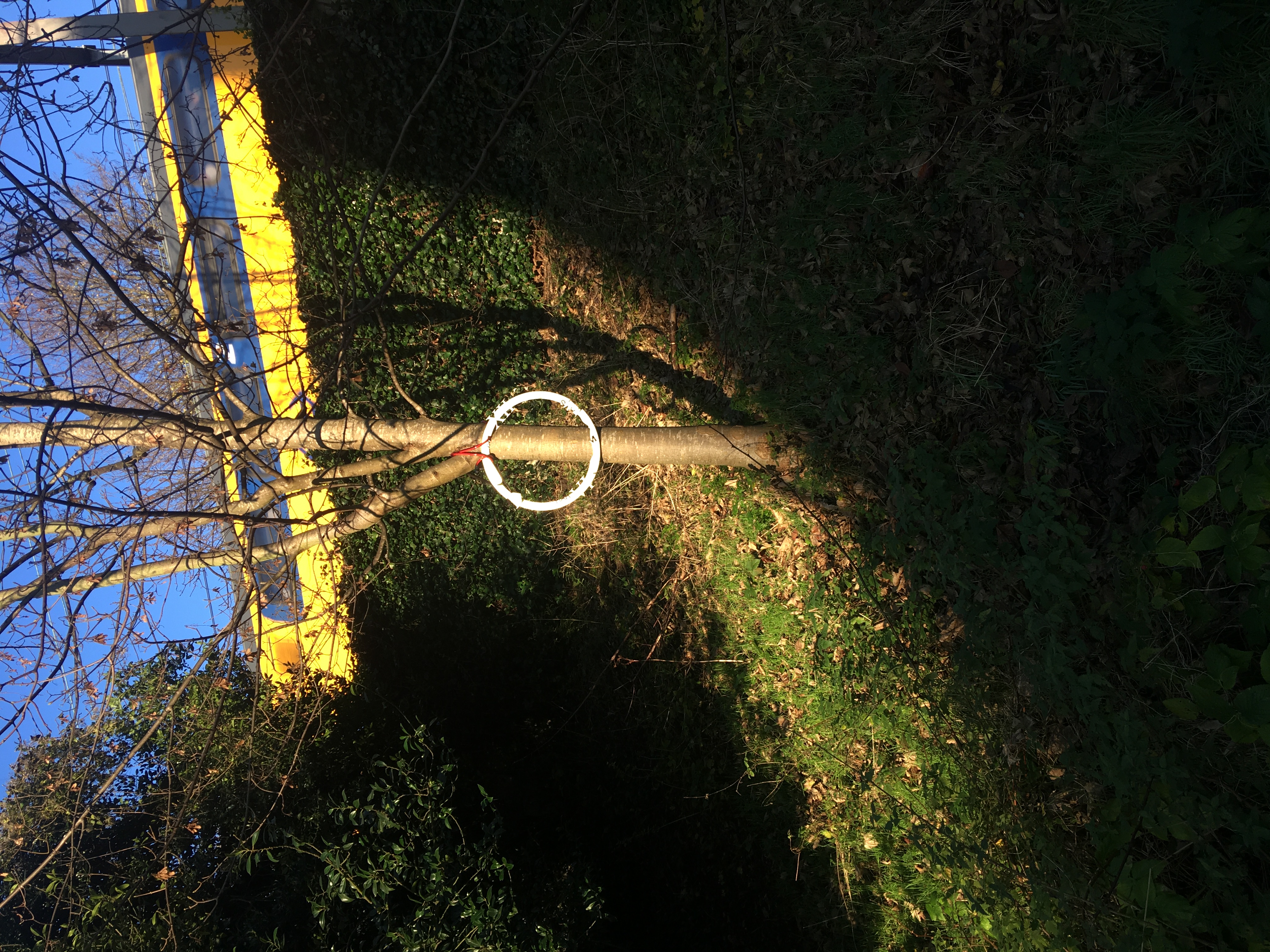