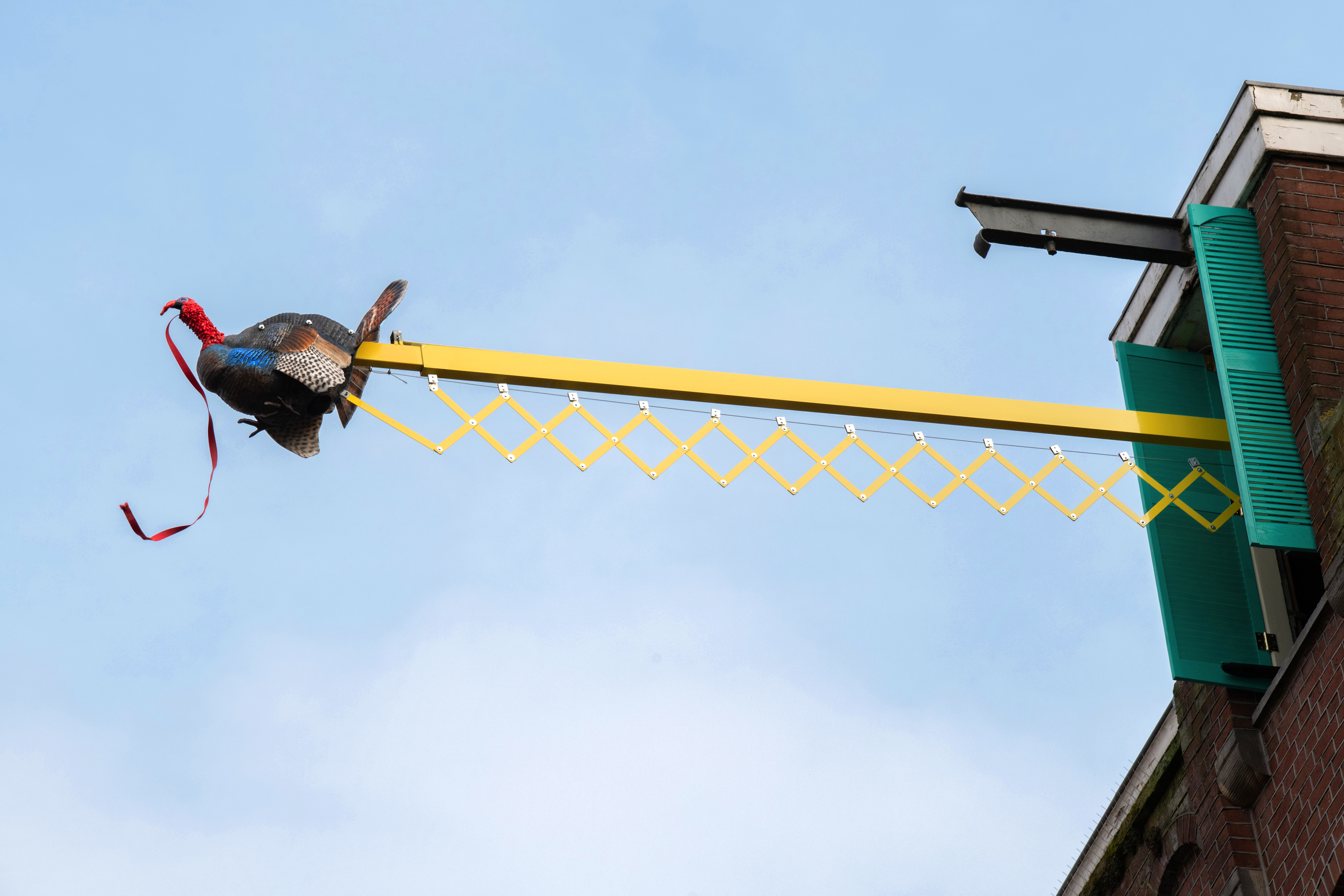 Welcome Stranger has been asking artists to create a new temporary artwork for the facade of their own homes since 2020. Various artist observations have thus appeared in different places in the city. Every passer-by is welcome to become acquainted with the artworks and the thoughts they evoke.

A characteristic feature of Welcome Stranger is that the art can be seen in the artists' private homes. They have thus worked in the field of tension between private and public space, publicity and privacy. Because of the pandemic, the focus has temporarily shifted to the outside: the facade of the houses.

Please come and see for yourself!

For Welcome Stranger Simon Wald-Lasowski transformed his house into a cuckoo clock. Every half-hour a plump turkey emerges from the attic window and releases its long tongue, alongside a scream. Can't face another sad salad! is a technically ingenious artwork that uses a playful, hallucinatory glitch to interrupt the logic of productivity, increasingly woven into daily life as Amsterdam undergoes gentrification.

Simon Wald-Lasowski has lived in Amsterdam since the late 1990s, with more than 10 years based in Hasebroekstraat. During this time, he has witnessed the city change dramatically with both public and private spaces, becoming increasingly dominated by efficiency, order and the needs of the market. This includes what some call 'Disneyfication', the transformation of the city's public space to support the needs of the tourism industry. Can't face another sad salad! is a metronome of the absurd, providing a small interruption to the logic of late stage capitalism and an invitation to dream different futures.

Part of a serie
Since 2020, Welcome Stranger has invited several Amsterdam based artists to make new, temporary artworks on the facades of their homes. In doing so, they are revealing something personal in public space within their own neighborhood. The facades create an environment for new observations, where every passer-by is welcome to experience strange encounters through different parts of the city.

In 2022 for Welcome Stranger, Minne Kersten and Simon Wald-Lasowski made an artwork for the facade of their own house. Minne Kersten her work was finished in September. She installed an air conditioning unit on the facade that instead of functioning as its original intention of cooling the indoor air, was  blowing smoke rings into the outdoor air. These were visible as circular puffs and seen traveling up to the sky, to eventually evaporate into thin air. More info: MINNE KERSTEN - FABULATOR 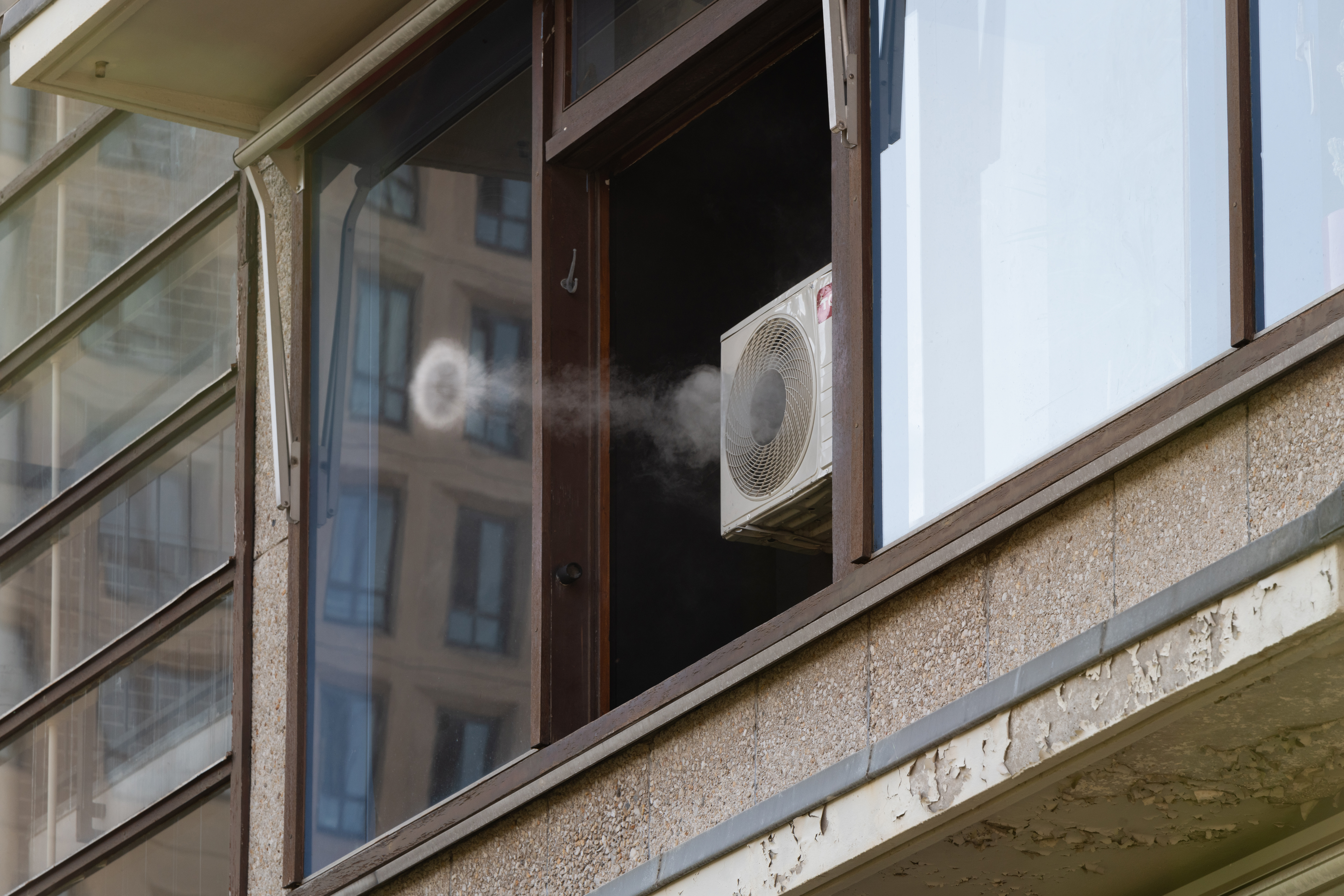 Simon Wald-Lasowski (b 1980, Paris) collects, studies and builds installations of often mass-produced sculptures and objects, which almost function as an archive of the anthropocene. Wald-Lasowski's multifaceted practice bears witness to a genuine love for trinkets and curiosities, as well as a use of objects as actors within installations. This results in artworks that are colourful and recognizable yet simultaneously uncomfortable as they touch on aspects of life that are taboo, such as alcoholism and over consumption. Simon recently had exhibitions at W139 in Amsterdam and 1646 in The Hague.

"This work is for the ‘paradijsvogels’ or birds of paradise that coloured the streets of the Amsterdam I loved. It’s an ode to the outcasts, weirdos, the queers and the provocateurs that used to shake things up a bit. I miss them - there seems to be less and less space for chaos in a city losing its colourful edge to the doctrine of ‘normaal’ culture, which turns everything beige." Simon Wald-Lasowski

The technical design of Can't face another sad salad!, which is partly mechanical and partly manually driven, was developed by artist Lefki Mevissen. 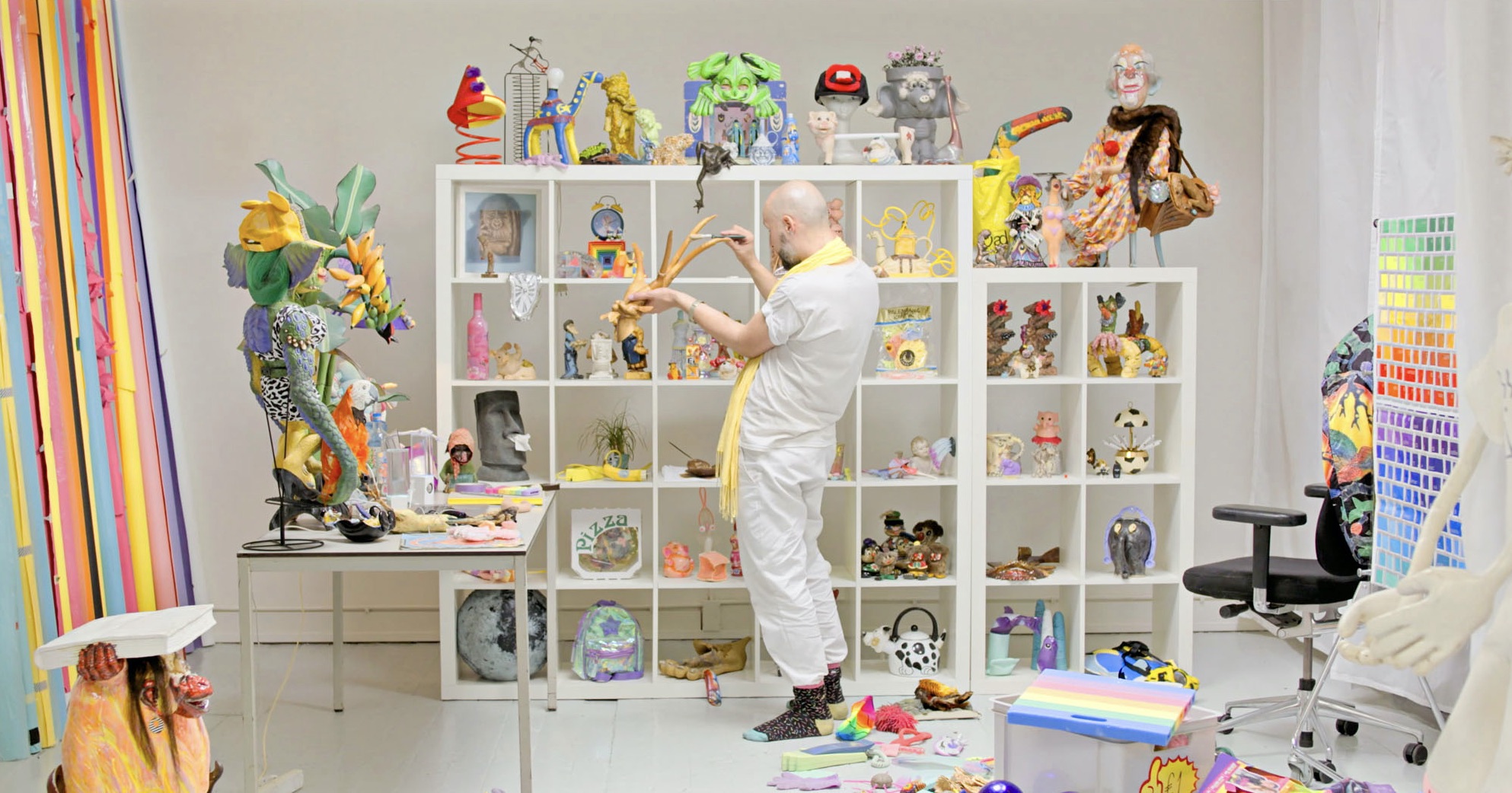 Simon Wald-Lasowski in his atelier 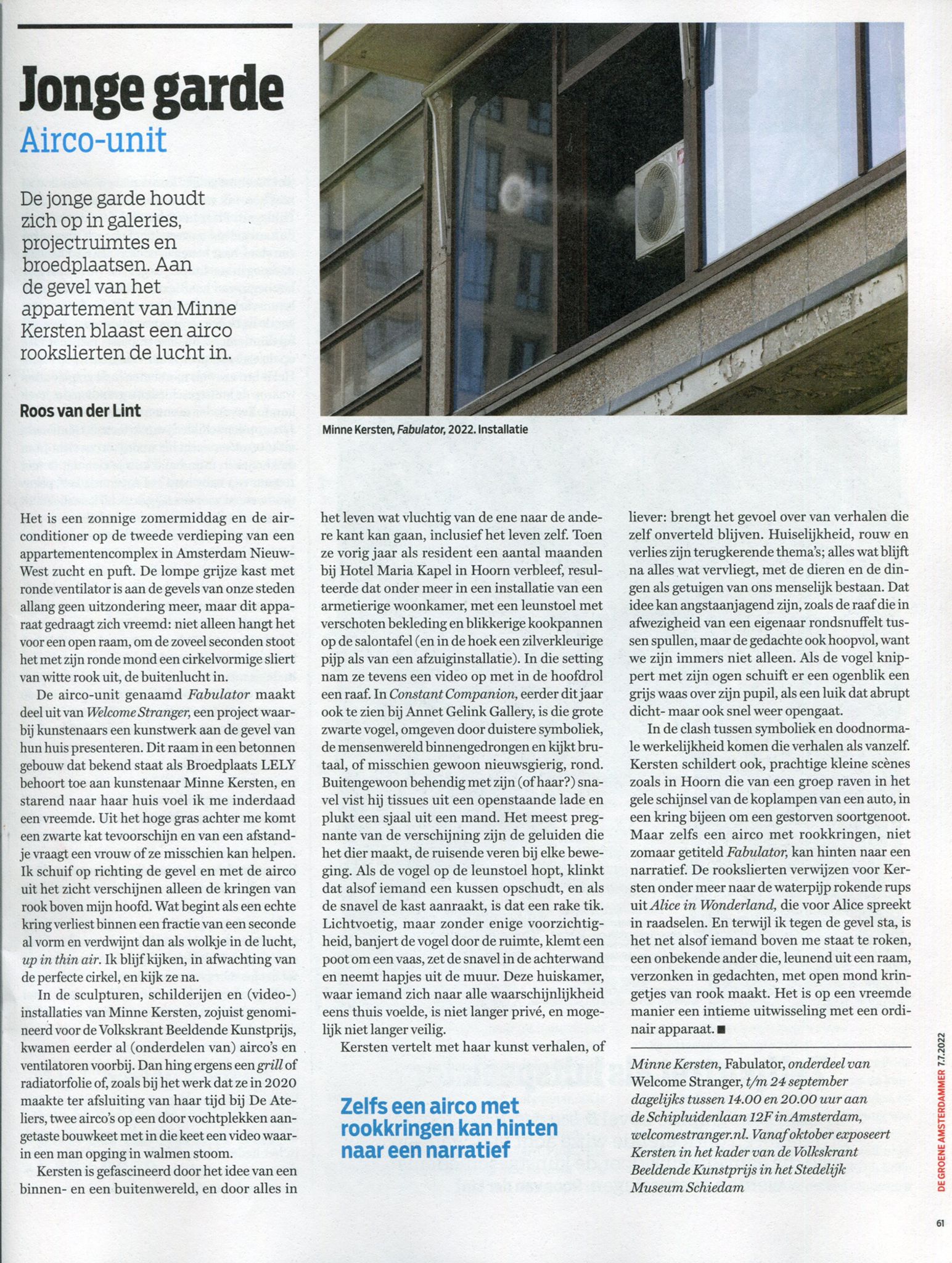 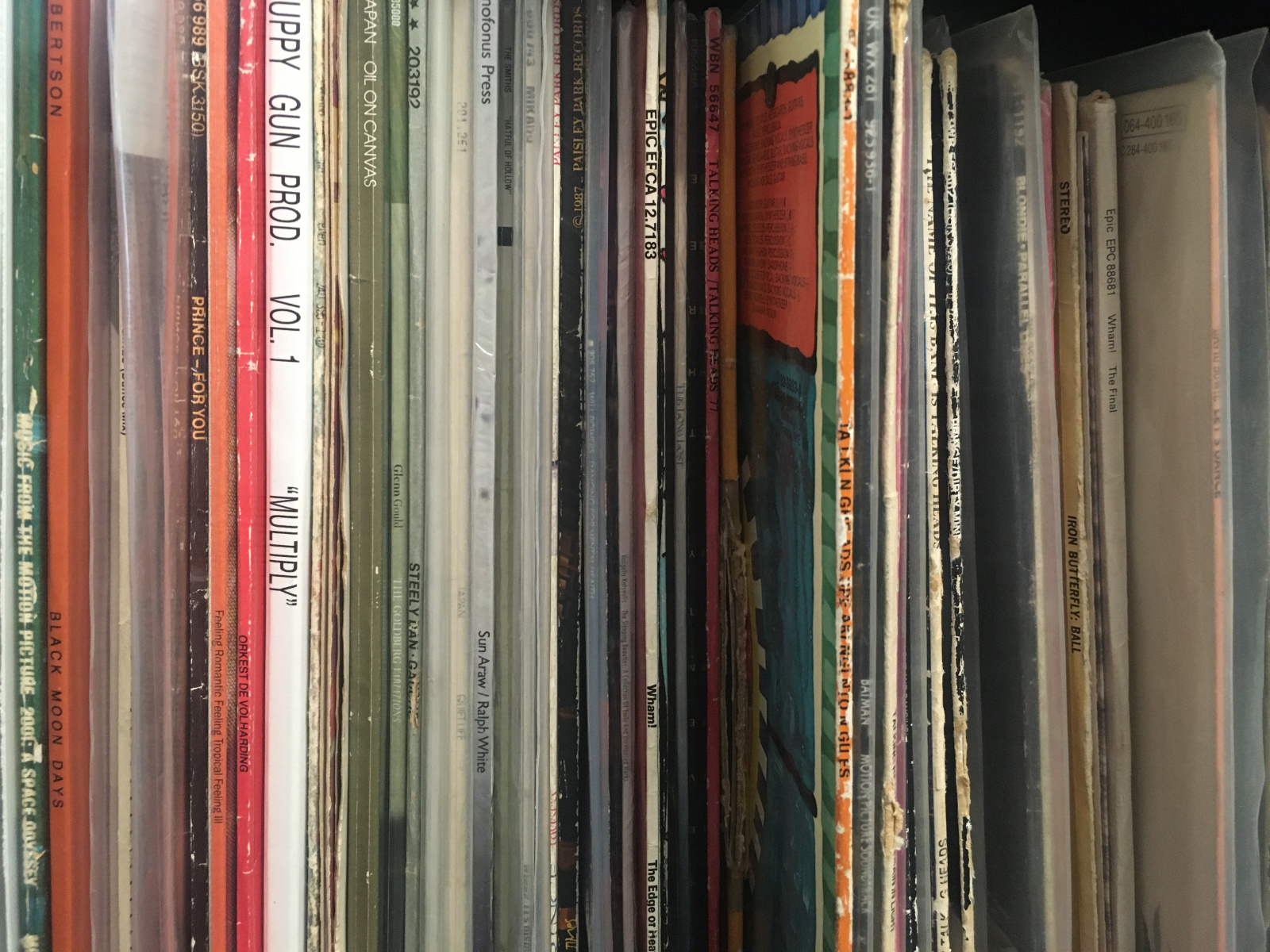 Recording live from somewhere (Hoofdweg reflections) is a radio show hosted by Radna Rumping, live from her living room, somewhere on the Hoofdweg in Amsterdam. The radio show is as a 'hidden track', which appears a few months after the opening of the work Hoofdweg (a possible line), an audio essay that Radna made at the invitation of Welcome Stranger.

While the sound work invites the listener to take a walk and thus form a long line along the Hoofdweg (2.5 kilometres), this radio show returns back to the intimacy of the living room, behind the facade. Here, Radna's record collection is housed in a built-in cupboard, which she does not often look at anymore, but opens again for this occasion.

During Recording live from somewhere (Hoofdweg reflections) the living room turns into a radio studio for a while; invisible to the listener but still 'from somewhere'. Radna will play music for an hour that is loosely related to the audio essay, and will discuss thoughts and questions that arose both during and after making Hoofdweg (a possible line).

The broadcast can be listened to via jajajaneeneenee.com -

The audio essay 'Hoofdweg (a possible line)' is available over here.